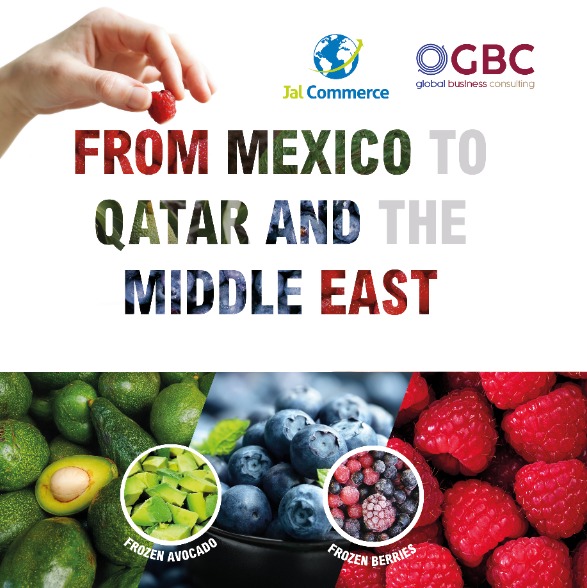 Held in Doha from March 23rd to 27th, in its eighth edition. We are pleased to report the successful participation of GLOBAL BUSINESS CONSULTING, which, with the support of the Embassy of Mexico in Qatar, represented the interest and products of Mexican companies to the Arab region in the Mexican stand at the event, which was visited by an estimated 40,000 people and more than 200 exhibitors.

GBC‘s participation in alliance with Jalcommerce, served as a showcase for different products that were represented, including innovative products such as frozen avocado, mango and berries in various presentations, packaged with the highest international standards.

Our presence at the fair reinforces the meeting point between Mexican companies and potential buyers, companies with experience and solvency in the Qatari business world and the Middle East in general, which were attended by our international representatives, supported by the Embassy of Mexico in Qatar and invited to the stand to receive detailed information about the products, as well as the various samples selected specifically for them.

It should be noted that the Mexican stand was visited by the Minister of Municipality and Environment, Abdullah bin Abdulaziz Al Subaie, who was received by Ambassador Graciela Gómez, who thanked AGRITEQ for inviting the Embassy to participate in this important event.

As a result of this effort, we know that having a foot in Qatar is just the beginning and brings Mexican companies closer to exploiting the opportunities offered by the Middle East market.